skip to main | skip to sidebar

Thank you for the comment I’ve been receiving. Its good to know that there are some who still refused to budge in the race against modernisation of human civilization; isolation of thought, act and civic dis-engagement.

I was in the tranquility of Restoran Nasi Kandar Penang in Cheng, Melaka when I read all the comments. Thanks for the WIFI installed by the owner of the restaurant, I was able share mutual interest with those who poured their thought in this blog of mine.

You may as well ask why am I going into this. Simple. The answer to almost all critical situations which occurres daily , be it crime to social destruction, lies in the very simple truth; the ability to see each other as malaysian.

Don’t get me wrong. We are malaysian.But, the bond is not strong enough. The bond is somehow only visible when we are travelling outside Motherland. There, we could sit together sipping Latte while watching people move about their daily routine in the comfort of, say, Marble Arch or Oxford Street. We could take jokes and respect each other and do one thing that we are good at;accepting others as Malaysian.

Now, I am not a political scientist. Let alone a social critics. Neither am I a modern malay. I am just a normal Malaysian who despite all the differrences of opinion with a lot of people,Marina Mahathir included,will still be receptive of their ideas and willing to work together. I wont go overboard hating them even if their plan is better than mine!Which sadly some of us still do…

And here is the key to prevent crime; working together to protect our dignity and pride as One.

My years in the Royal Malaysian Police had brought me to realise that crime took place when there is opportunity, among others. I saw houses being broken into not because the ignorance of the owner but to the missing “Malaysian” spirit among the neighbours. I came across numbers of snatch theft victims left by the roadside attending to their wound without help nor assisstance from others.

All these crime were “allowed” to happen because of our civic disengagement. Translate that to a person, a group of people, an immediate neighbours all without soul..not even a strain of soul left in their heart and mind. Everyone for themselves in the rat race!!

Unforgiven as it may sound, some of us are zombies. We find comedy in someone else’s tragedy. We smile from ear to ear when people that we knew or don’t , faces difficult situation and circumstances.We do and still do!!

More often that not, before we extend our help, we have to access whether this poor chap is a Malay, a Chinese or an Indian. Chances are if they are within our “colour” and spectrum of social structure(loosely known as the comfort zone), we would allow ourselves to ‘mencemar duli’.Otherwise, we would hesitate.. at least until any news crew or pressman is on location doing their stuff, innit?

I’ve met courages people.I’ve met smart people.i’ve even met zombies as describe above.Believe me, a lot of people look smart until they open their mouth! While working together with the first 2 species are not a problem for me, I’ve always abstain myself from the 3rd group. Hence, the label ‘arrogant bastard’ (by now you must to have heard about it!) they coined for me!Ahaks!

But wait!! That’s not all!Poster boy??Me? Poster Boy??Wow, that’s something new for me!(Gotcha Madeline!!)Anyhow, I take it all with open heart. I don’t really care what people think of me as long as I can contribute to humanity. More over, it came from my respected friends in the fight for humanity. It is not an insult but rather a compliment if it came from them.

When the initiative for Nurin’s Alert came into my view, I salute those who had the balls (no pun intended) to give it a shot. I had thought of it a couple of years ago but at that moment, not many were interested in crime prevention;prevention, intervention and rehabilitation.

I’ve been on it since 1989. February 12, 1989.The day I joined the Royal Malaysian Police. Been there done that. I had done my share of beat and patrol. I’ve engaged myself in Close Quarter Battle..with and without weapon. A lot of time with my bare knuckles in order to keep the street safe. Most of the time with bullets flying through the air missing you by just nanometer.But I still run towards the hail of bullets.Not because it was my job but because it was (and is) my obligation as Malaysian to protect and serve the public.

Any thank-you note posted for it?Nil.What about from the people that I have or had saved?Nil.Do I care?Nada!What if I had to make split second decision between the public and my own?I would rather die for them.

Then there were this group of people interested in setting up a Nurin’s Alert.There I was in the same room with people with great interest in the subject of crime prevention.I knew they knew there will be no thank you note, monetary gain, letters of commendation or anything like that but they keep going. Their only weapon is conciousness; civic dimension.

I would like to etch their name here so that we would always remember these unsung heroes.Wahtie, Rocky Bro, Nuraina, Madeline, Ariffin Sarawak, Sir Moose,DS Shahrizat and with support from Nurin’s uncle himself. We were a beaten lot but we will never retreat!We will NEVER surrender!!

Why?Cos we stand united as Malaysian.Not even a single soul in that room managed to see each other as Malay, Chinese or Indian.

Hereinafter and as long as I’m alive and BY GOD them too,I will still stand and live my life as a full pledged malaysian; One Country, One Nation and One Voice. To my friends, I know you do. To others, by now, you should do too.

In memory of my sisters

I've been kicked, swore at and still survive! For short, i've been everywhere. From the day i was born till today, i am a survivor. I am thankful to all my enemies; without them i wont be where i am today. I am also thankful to those who despise me for it gave me the strength to carry on. I am also in debt to those who hated me for it made me a better person.

Yes, i've been around so long that i cant remember the first time i felt betrayed. I had had my share of losing. But above all, i still and will survive. Why, you may ask, am i pondering this thought as the opening sequence of the blog? Simple. I am just a normal human being entrusted to win all the battle and all the war. The keyword-BETRAYED.

Born into the world, i had to go through all the hardship of life like a normal person...very much alike. I had to go through the tedious process of understanding culture, customs and tradition. I bleed from time to time then and now.

What i meant to say is this; as a normal person, i felt the pain of losing and losses. When the recent crime happened, i was at war with myself. I betrayed the sole purposes of my presence. I cant sleep for nights thinking that i had betrayed nurin. I should have done more.I could have done more..

And hence when i put myself into this fragile situation, understanding what was going through her mind at that dangerous liason with death, i could feel her asking the question;where are the defender of mankind? Had man betrayed their own species?Why no one come forward and help me?

All this question made me realises one thing; that i have to work harder and better...that i would have to live with regrets that i wasnt there for her, nursafira liyana bte jaafar, nurul huda abdul ghani, audrey mellisa, nurul hanis kamil, nur syakila ram choo, farah deeba rustam, haserawati saridi, canny ong, siti nadira budah, nur shazwani dahalan.

Had i betrayed my purpose of existance?Probable and possible..

One thing for sure, my sisters, in my book you dont die. I shall carry you in my heart everywhere i go and make sure no more betrayal exist for the benefit of others.Period.
Posted by kamal fnd hashim at 1:07:00 AM 21 comments 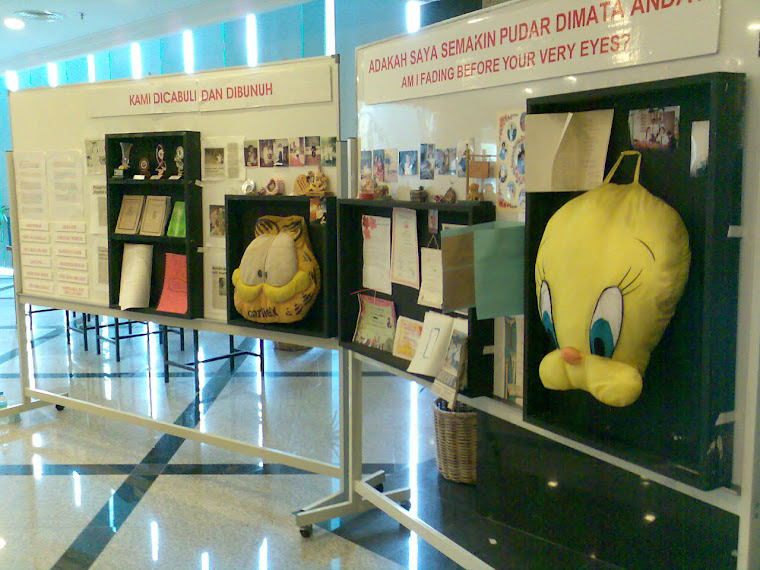 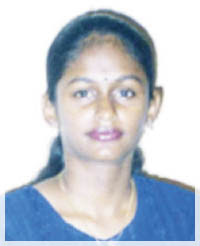 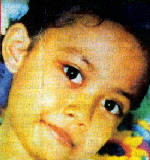 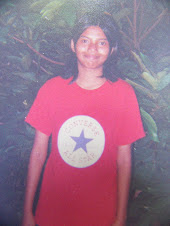 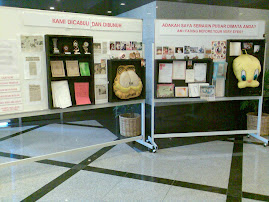 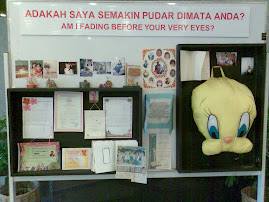 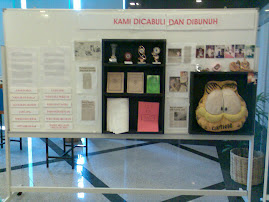